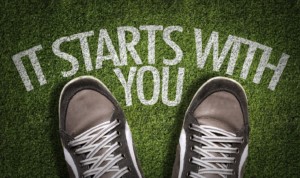 We are forever impressed with just how much Keene – and the entire Monadnock region – offers in the way of community. Not only do we have a gorgeous backdrop of mountains and green space, but we also have great local leaders that continuously work to give back in so many ways.

One such organization, The Johnathan Daniels Center for Social Responsibility, was established in Keene in 2015 by a group of local citizens interested in preserving the story of activist Johnathan Daniels.

Mr. Daniels was a social activist from Keene, who dedicated his life to creating positive social change – both locally and across the country. Whether working with poverty-stricken families or marching in Washington DC, he worked tirelessly to raise awareness about social injustices.

Locals are quite familiar with Johnathan Daniels’ legacy, as he is recognized as a local hero who sacrificed his life during the Civil Rights movement. Over time, he was arrested, jailed, and later killed on a personal mission in Alabama actively promoting his belief that all citizens should be treated equally.

The story is as follows, as documented in the Virginia Military Institute archives:

“In August 1965 Daniels and 22 others were arrested for participating in a voter rights demonstration in Fort Deposit, Alabama, and transferred to the county jail in nearby Hayneville. Shortly after being released on August 20, Richard Morrisroe, a Catholic priest, and Daniels accompanied two black teenagers, Joyce Bailey and Ruby Sales, to a Hayneville store to buy a soda. They were met on the steps by Tom Coleman, a construction worker, and part-time deputy sheriff, who was carrying a shotgun. Coleman aimed his gun at sixteen year old Ruby Sales; Daniels pushed her to the ground in order to protect her, saving her life. The shotgun blast killed Daniels instantly; Morrisroe was seriously wounded. When he heard of the tragedy, Martin Luther King, Jr. said, “One of the most heroic Christian deeds of which I have heard in my entire ministry was performed by Jonathan Daniels.”

To learn more about this man and his mission, residents and visitors alike can use this guide to visit some of Mr. Daniels’ most famous historic sites in the Keene area. Supporters from the center are currently developing a museum to honor Mr. Daniels further that will offer artifacts of his life and message, intended to educate 5-11-year-old students on the importance of social activism.

Finally, the aptly named Jonathan Daniels Award is the highlight of the Monadnock International Film Fest (MONIFF) which was recently mentioned here in our Masiello Employment blog. It is given to a single film that best combines artistic excellence coupled with awareness around social justice issues, which reflects Jonathan Daniels’ courage and spirit. This year, the award was given to a film titled “Grit” which centers around a humanitarian crisis in Indonesia arising from volcanic mudslides resulting from a natural gas operation.

It is great to see that the legacy of social activism so valued by Jonathan Daniels is being kept alive.

Since we love where we live, the recruiting team at Masiello Employment would love for you to share in our world! If you are looking to relocate to an area that offers it all, from natural beauty to a healthy community, be sure to check out the Keene area.