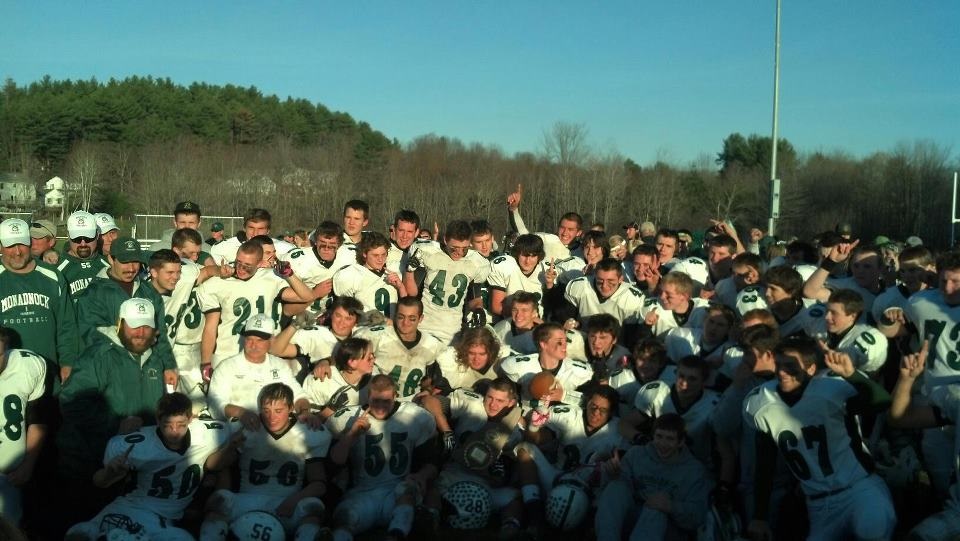 Fall is upon us, the leaves are beginning to change and the air is crisp. It’s time to put away the summer gear, rake up the fallen leaves, get back into the school routine and prepare for colder weather. This all means one thing in my house…..football season is upon us! I look forward to watching my son and his team step out onto the field for yet another season.

Last year they began the season with ONE GOAL in mind. This was to work together, learn from errors, practice and play hard and achieve the State Championship title for their school. They had ONE GOAL printed on their practice jerseys and spoke of it often right from day one. They trained long, hard hours practicing and chanted this together at the end of every practice and game, every day for months. There was much time spent together as a team both on and off the field. Through strong teamwork and dedication they came together not only as a team but as a family committed together to get the job done. They supported each other and worked together as a group and didn’t let their mistakes or losses during the season stand in the way of the big picture.

After a long and rewarding season they achieved their ONE GOAL! On a sunny fall afternoon in front of their families, schoolmates, and friends, the Monadnock Huskies made school history by becoming the 1st football team in the school’s history to become the Division five, 2012 State Champions!

This year as they step back out onto the field they have a new motto printed on their shirts and in their minds…..BETTER. They believe by working together, training harder and becoming stronger they can and will be BETTER.

I’ve learned so much from watching this team over the past year. I’ve learned that results come from working together towards a common goal for the good of the entire team. Mostly I’ve learned that if you set your ONE GOAL, train and work hard together as a team to be BETTER you can accomplish most anything!

Masiello Employment Services has been serving New Hampshire, Massachusetts and Vermont since 1986, connecting individuals with opportunities.