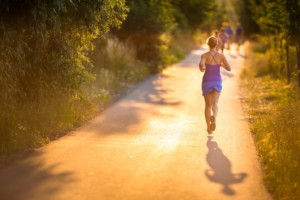 Fall is fast approaching and with it comes a longstanding running tradition here in the Keene area – the Clarence Demar Marathon. With it comes a rich history of running both locally and around the world.

Since 1978 the running race has been a staple series for athletes around the Monadnock region. The race was founded in honor of (you guessed it) Clarence Demar, whose history in running is a legend. Born in 1888 it is fascinating to think that running as a sport has spanned over a century.

Apparently, based on the marathon’s official website,  Clarence ran everywhere, to the store, to work, and took part in the Boston Marathon as his first major running achievement. He came in second. Later, he was urged by Doctors not to be foolish and run such races as he developed a heart murmur and it was thought to be dangerous.

“You have a bad heart,” the doctor said. “You shouldn’t even walk up stairs.”

The rest, as they say, is history. He went on to win many Boston Marathons, seven to be exact and developed nicknames like DeMarvelous and Mr. DeMarathon. No other runner has won more marathons to date, and surprisingly, Clarence holds the record for the oldest winner of Boston too. 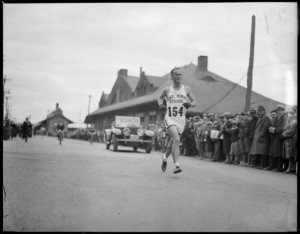 Clarence was a Keene resident, a teacher of what is now Keene State College, as well as a coach of the running teams, and the race established in his honor. Read more about Clarence and his long history here. 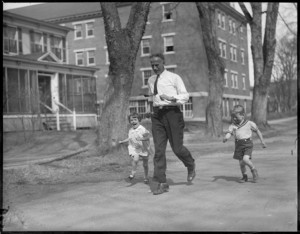 The course is a Boston Marathon qualifier and open to runners, spectators, and volunteers. This year, the race is to be held Sunday, September 25th and offers a full marathon, a half marathon, and a kids/super seniors race. A full schedule of festivities is available online.

Masiello Employment is a Course Level sponsor for this event, along with many other individuals and local businesses who support this classic New England Road Race. The Elm City Rotary Club is the lead sponsor, which is the sister club to the Keene Rotary Club.  Julie Pearson, Masiello Employment’s Director of Operations, is a long-time member.

The team at Masiello Employment, while many are not runners, are happy to be a part of this local tradition, as well as continuing to connect clients and workers in the Keene area (for 27 years!) If you are looking for a new role, or to relocate to the Monadnock region, be sure to give us a call and see how we can help with your job search.