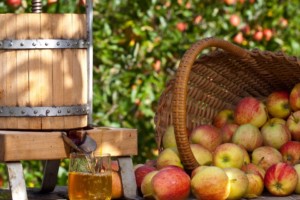 Did you know that apple cider is the official beverage of the great State of New Hampshire? Yes – it’s true! It doesn’t get more authentic than a Granite State Apple Orchard pressing fruit once autumn’s cooler, shorter days begin to take hold. And not only is cider a local favorite –  it’s also official – this link directs you straight to the piece of legislation making the declaration.

But, did you know, the push for making cider the state drink came mostly in part from some local fourth-graders, children from Jaffrey, Hillsboro and Antrim, for example, who have gone on record promoting the legislation to make it happen. That’s the power of local ingenuity for you! Below you’ll find a snapshot of the materials used to help promote the idea – and believe it or not – there was even a lobby against it! However, they persisted, and Cider is now the quintessential New Hampshire drink. (Sorry, Milk, you tried…) 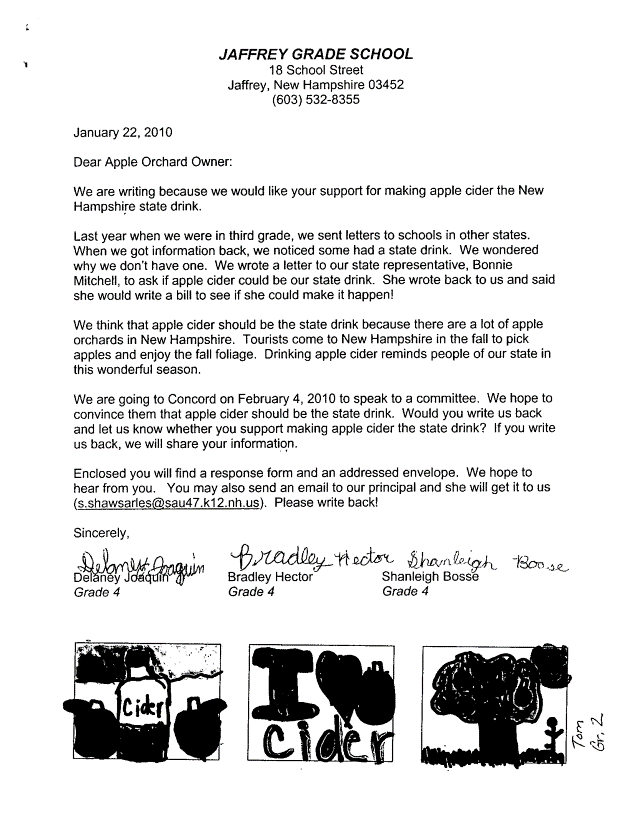 And did you know? The apple peeler is also New Hampshire based, having been invented by a one-time Governor– Dave Goodell – who created the peeling device around 1864.  Mr Goodell was very New Hampshire – heavily involved in local politics, raised in Hillsborough, and later running a farm in Antrim. So. Much. Local!

And finally, we are reminded about one “Johnny Appleseed,” a character of legend which spread the word about the importance of apples for use in cider (note: cider can easily be made alcoholic) by selling seedlings and working with farms to create orchards (likely in New Hampshire) and beyond. Some of the lore is quite interesting, particularly the part about the reason’s apple orchards were planted in the first place. Hint – it wasn’t for ready to eat apples, and it wasn’t for the fresh apple cider we dole out to the kids fresh from the press! Read more about Johnny Appleseed here.

Today in New Hampshire, we have numerous apple orchards and cider shops across the State, selling everything from pick your own apples to cider, hard cider, cider donuts, and every type of imaginable apple jam, jelly, and condiment.  While the State fruit is the pumpkin, we can never forget the impact of the apple, the delicious raw material that makes cider happen.

Masiello Employment Services promise to always be sweet, never tart, when helping you look for your next position. Give us a call, and we’ll sit down with a glass of cider and discuss your career options.