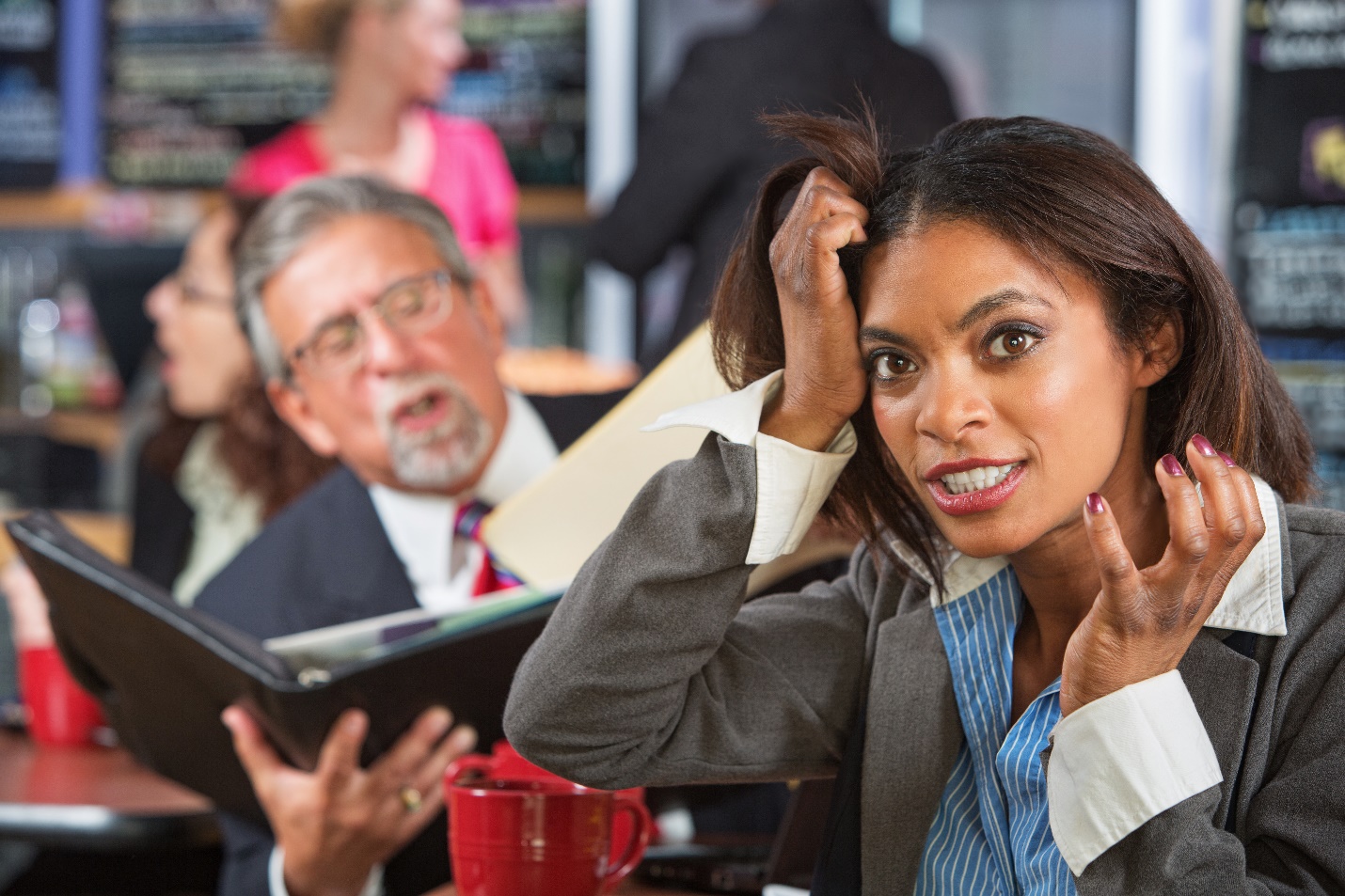 Working means having co-workers, and having co-workers means interacting with many (many!) different types of people. Some personalities you’ll love, while others will test your very last nerve.

To set you up for your best working experience, we at Masiello Employment have categorized co-workers into nine different categories—each somewhere on the annoying scale—and then provided a few tips on how to get through the day with each one, while keeping a smile on your face.

Not to be confused with your actual boss, “The Boss” is a dominant personality that prefers to be in charge. He or she might even try to tell you what to do, or might comment on your work performance. How to deal with “The Boss”: Don’t take his or her directness to heart and avoid getting into detailed discussions about work; also, without positioning yourself as a subordinate, offer praise for anything you feel he or she does well (often, this personality is looking for acknowledgment and approval).

This is a personality that’s into everyone else’s business, either asking for or sharing all manner of personal details. How to deal with “The Gossip”: Be politely interactive but don’t share anything you wouldn’t share with everyone, including your boss, and don’t ever end up on the receiving end of the gossip (if you’re alone together in the break room, get out of there as quickly as possible).

When something bad happens, this personality is the first to point out that someone else (anyone but him or her!) is at fault. He or she will twist the truth, exaggerate, and even lie to make sure someone else takes the fall. How to deal with “The Finger-Pointer”: If you have to work with this personality, make sure you document all that you can to prove your innocence, if necessary; also, stay out of the line of fire so his or her finger points at someone else and, if you do get blamed, keep the focus on the facts.

You know the person that talks and talks and talks, about anything and everything? This is “The Big Mouth”, and it’s often hard to tell if he or she is bragging, sharing, or just passing the time. How to deal with “The Big Mouth”: This personality tends to be a people person, so ask him or her a question about something in which you have a legitimate interest, then continue to try to engage him or her in other, equally interesting topics during the time you have to be together.

Displaying a permanently bad attitude, the glass isn’t just half empty for this personality, it’s cracked and dirty, too. How to deal with “The Grump”: Don’t get pulled into the abyss and don’t spend any energy trying to be a cheerleader; accept that some people will never be cheerful, and try to spend what time you can with the people that lift you up—if you must work with this personality, try to have empathy for him or her as negative things have surely happened along the way to grumpdom.

You never know when this personality is going to blow, but you do know it’s going to be bad. And loud. And uncontrollable. And totally unnecessary. How to deal with “The Volcano”: Don’t give him or her an audience, and take shelter when the eruption begins; if “The Volcano” aims for you, remain calm and don’t engage—instead, get a supervisor involved immediately.

There’s no end to the ways this personality displays itself—from singing loudly (and off-key!) while typing to sharing an endless collection of cat videos in the breakroom. How to deal with “The Eccentric”: Be patient and recognize that he or she is totally harmless; practice avoidance, even if it means taking a break in another space or wearing headphones to mute out the singing.

Things aren’t going right for this personality, and he or she is going to tell you (and everyone else within earshot!) just how bad things are. The complaints will be about work or life or, most likely, about both. How to deal with “The Complainer”: Empathize (“I’m so sorry to hear that”) but don’t join in the chorus of complaints, and put distance between the two of you as quickly as possible (“I’m so sorry to hear that but now is not a good time for me—I’ve got to get back to my work”).

Beyond annoying, interacting with some of these personality types might negatively influence your day-to-day work performance. If you find that’s the case, we at Masiello Employment recommend you involve your boss or approach Human Resources as soon as possible—often, this type of third party can promote real resolution . . . after all, it’s in their best interest for co-workers to peacefully co-exist.